Details below of the teachers we have had at the event. 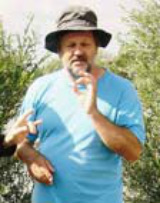 Serge Dreyer Born in 1952 in Le Mans, France. A former semi-professional football player, I started to learn tai ji quan with Wang Yen nien in Taipei from 1976 to 1978 and in 1982. In 1986, I started to learn ba gua zhang and xing yi quan with Lai Tian zhao (a former student of Wang Shu jin) in Taichung. I have been teaching tai ji quan as an amateur since September 1978 and >ba gua zhang and xing yi quan since 1995. I am presently the head of the ARAMIS association (Le Mans, France) for teaching tai ji quan. I am also the creator of the Rencontres Jasnieres. My special interest is pushing hands about which I have co-authored a book (Tai ji quan, R. Habersetzer, S. Dreyer, Amphora, 2009).
I live in Taichung, Central Taiwan since 1986 and I am an Associate Professor in Tunghai University (specialty: teaching French, anthropology of material culture, Cultural Studies). Apart from my job, I also teach wine tasting in night courses for adults in Tunghai University. Speak as good as I can French, English, Spanish and Chinese. Hobbies apart martial arts: Taiwanese and Chinese antiques collector, mountain hiking, traveling, music, book reading, art, gastronomie, wine and laziness. 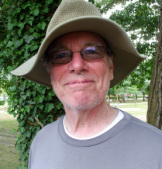 Andrew Heckert began studying Tai Chi in 1973 in Philadelphia with Maggie Newman, one of the six senior students of Cheng Man-ching’s school in Manhattan, the Shr-jung. Andrew learned from her for five years.

In 1981 Andrew began study with William Chen in New York City. For the next ten years he commuted to New York to attend classes in his school and take private lessons. In the summers Andrew attended the week long workshops in the Catskills given by his classmate Ben Lo of San Francisco. In 1991 he became a student of Dr. Ping-sung Tao of Taiwan. He travelled to Manhattan, to Seattle, all over the country and to Germany to attend workshops with him, until his death in 2006. For the past sixteen years, Andrew has researched the application of the principles of Tai Chi to everyday movement, how to become more comfortable living in this body, and the secret of how it was that Dr. Tao, at the age of 88 and of very slight build, was able to easily defeat people twice his size and half his age in pushing hands. 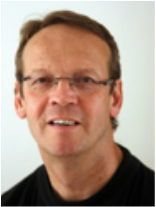 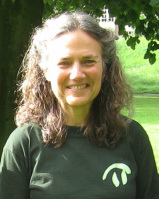 Laura Stone has been practicing and teaching T'ai Chi Ch'uan for nearly 40 years. Her primary teacher is Grandmaster William C. C. Chen. Meditation, music, psychotherapy, yoga and other body-mind disciplines contribute to her unique style of teaching. From 2007 - 2009 she was on sabbatical with intensive Zen and Shambhala Buddhist practice at the core of her travels in the US and Canada. Laura founded The Studio (Deventer, The Netherlands) in 1996 where she teaches T’ai Chi Ch’uan and (classical) piano and gives coaching and therapy sessions. 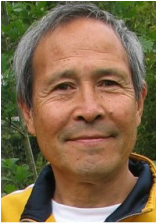 Daan Hengst (born in1940, Indonesia) started his martial arts training since 1964 with Western Boxing that gave him the opportunity to learn how to deal with aggressiveness while staying calm in difficult situations. Later ( in 1971 ) in order to extend his knowledge, Chinese boxing so called “Gong Fu” came across his path with different accents in training and using the body. The light-footed movements from western boxing for instance, got changed in more rooted stands. Pencak Silat , the Indonesian martial art ( practised since 1980) was again different from the styles described above. After years of training with different teachers and still training, on a regular basis, with Rob and Erich Völke ( Netherlands ) and Wee Kee Jin ( New Zealand) Daan has decided (1984) to focus on understanding the intentions and ideas of Taiji Chuan not only for martial arts applications but also for all kinds of ( daily) movements ( lifting, pushing, yielding ……) and sports ( tennis, golf, bowling…..). In this way the basic Taiji principles as being relaxed, balanced, structured, can be practised daily and thus helps us to keep the body and mind healthy as long as possible……… 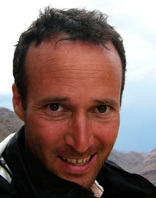 Scott Chaplowe I have been practicing and teaching internal martial arts for over 20 years. Tai chi is my primary focus, including open-hands form, pushing hands, and eyebrow staff. I began studying martial arts (Chinese Kung Fu) in 1986 in San Francisco. From 1988-89 I lived and trained in mainland China (Nanjing), with exposure to Chen style tai chi (big and small frame). From 1989 to 1992 I lived and trained in Taiwan (Taichung), focusing on Yangjia Michuan tai chi as taught by Serge Dreyer, a student of Wang Yennian. Other influential teachers during this period include Lauren Smith (now residing in Germany). From 1993 to 2005 I lived in greater Los Angeles, where I was able to compliment my tai chi background with training in other martial arts styles, including eyebrow staff (with Veera VassantaChart and Jonathan Wang), Jeet Kune Do (with Mark Stewart), and Ryu-Te (with Robert Byner). In addition to tai chi, I also have a background in Qigong, Yoga, Chinese Acupressure and Japanese Shiatsu – in short, a mixed bag. I currently reside in Geneva, Switzerland, where I work for the International Federation of Red Cross and Red Crescent Societies (IFRC).
Powered by